David Waddell quoted, Memphis Daily News, July 31, 2017
Protests over the weekend in Martyr’s Park and at the federal prison facility in Mason, Tennessee for those rounded up in the ICE – Immigration and Customs Enforcement — raids here in Memphis that began a week ago. Latino Memphis is also offering legal advice to those who believe they may be caught up in the new push. There are also several efforts to support families that find mothers and/or fathers in federal custody in the sweeps. And over the weekend, Memphis Police issued an arrest warrant for a bounty hunter who turned up on YouTube video in an apartment complex with a large Latino tenant base wearing some kind of badge and vest.
Continue Reading 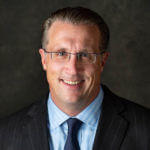 Sign up to receive the weekly W&A Weekly Strategic Insights in your email.